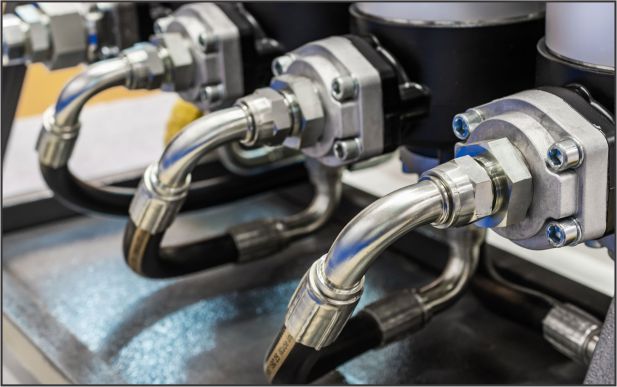 A hydraulic oil is the medium by which power is transferred in hydraulic machines.Hydraulic oil consists of oils and additives designed to transmit power while acting as a lubricant and coolant. The oil is effective in a wide range of temperatures and reduces wear, rust and corrosion in equipment. Hydraulic oil is used for many of the same reasons as oil but has wider use in automobile systems like automatic transmissions, as well as power brakes and steering. Aircraft systems also require hydraulic fluids. Viscosity is of paramount importance in choosing such oil.

Why Hydraulic Oils are used instead of air?

1. Pump - Pouring the oil (It means, it just pours the oil only and does not provide any

pressure to the  system)

3. Oil Flow - Flows where the resistance is low

Below mentioned viscosity is measured at 40 degree C.

Sealing is a very important factor when hydraulics are concerned. Mostly rubber type sealing are used in Hydraulics.

While using a new oil in a Hydraulic system, it is must to clean the system. There is a procedure to be followed in cleaning the tank of the hydraulic system as given below,

Hydraulic Oil- MANY CHALLENGES & ONE SOLUTION

How to manage Cutting oil during long shutdown of machine?

What are the benefits of using Synthetic Engine Oil over Conventional one?